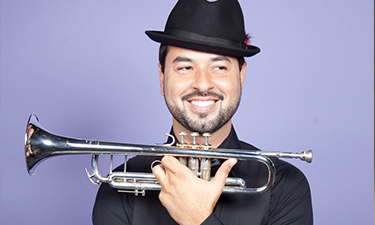 Rico DeLargo is The Vibe Elevator: providing audiences with explosive performances playing the trumpet alongside high caliber DJs at some of the hottest venues in the nation.

His creation of spontaneous, improvised remixes to any song the DJ spins can get any crowd pumped and excited. He has played with countless DJs with not a minute of rehearsal time, including Electronic DJs, such as DJ Vice, and house heavyweights DJ Sneak, JJ Flores and Charles Feelgood just to name a few. DeLargo has opened for top tier acts such as Paul Oakenfold, Sharam and the late great DJ AM. Rico’s performances truly embody Vibe Elevation: a type of ambiance enhancement called upon by elite venues that wish to stay on the cutting edge of nightclub entertainment. He has traveled worldwide to showcase his talent – winning over the audience with each and every performance.

Rico DeLargo was born into a musical family in New York City. His Puerto Rican parents met on a dance floor and his brother was a trumpet player in military bands for several years. From a young age, his family began to instill a variety of musical genres into his beating heart. Salsa music from Puerto Rico could be heard every Saturday as household chores were done and frequent air guitar competitions would take place during the week when his older brother became a slave to the metal craze of the 80’s. With two beautiful, older sisters who loved fashion and pop music, Rico also began to appreciate style and dance.

Rico had his first experience with a trumpet before the age of 10 when his brother who lived in Puerto Rico came to visit. His brothers’ tone and skill captured Rico’s attention and it was then that he decided that the trumpet would be his new love. Playing in both his middle and high school bands gave Rico the basics, knowledge, and the confidence needed to become a skilled soloist. He started playing solo with the Gloucester High School band at the tender age of 15 and soon became known for these solos throughout the community.

DeLargo went on to study music at Christopher Newport University where he studied privately with Yamaha trumpeter, Bill Brown. It was here that he was taught to improvise and how to professionally interact with the public and other musicians and artists. Rico also fronted a band during these years that generated a loyal following. This band, “Legato,” featured young, talented instrumentalists infusing a combination of rock, reggae, funk and jazz to bring audiences a unique and exciting performance.

After completing his degree and teaching high school for a year, Rico decided to pursue a master’s degree in Music Business and Entertainment Industries from the University of Miami. It was living in South Beach during these years that taught Rico the true meaning of nightlife, DJs, and exotic women. He was taken under the wings of a large Brazilian crew that taught him that music, dancing, friends and family are the primary reason that we live!

DeLargo began performing around South Beach with Latin rock band “Feneiva” and Argentinean lounge artist, Jimena Fama. However, it was a chance performance with the super hot Black Eyed Peas that really fueled Rico’s fire. He got the chance to blow a solo with the group at a private party and that experience changed his life.

Since the Miami Sessions, Rico moved to Las Vegas where he worked for an entertainment marketing firm for over a year. Shortly after, he began playing all over the city and most importantly attained a residency at the renowned Tao Beach in Las Vegas. He received accolades in the New York Times for his performances there and this lead to more appearances and opportunities worldwide.

Rico DeLargo is now appearing in Hollywood, Las Vegas, Miami, Chicago, San Francisco, San Diego and other cities for club dates and events such as the Hot Summer Nights at the Playboy Mansion, the Red Bull Air Race in San Diego, The Miami Food and Wine Festival and Kyocera Wireless Party at Tao.

Rico continues to deliver crowd-pleasing performances with his skill, technique, and power while enhancing and transforming the nightlife and entertainment scene into an unforgettable experience.

“Rico did an amazing job at Gingers and really kept the crowd engaged! Well done.”

“Rico, Mike Czech, and Who and Paulo da Rosa were all great. They were professional and easy to work with.” 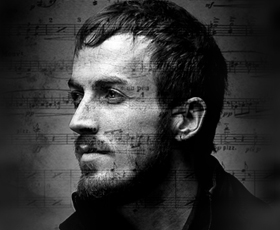 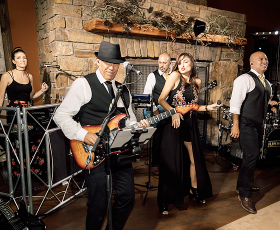